Pretty good, if I say so myself!

Rafael made notes from the tapes, I hope we can edit and issue them.
Posted by Yosef Gavriel Bechhofer at Sunday, August 27, 2017 No comments:

The key to understanding the Sugyos of Shinui 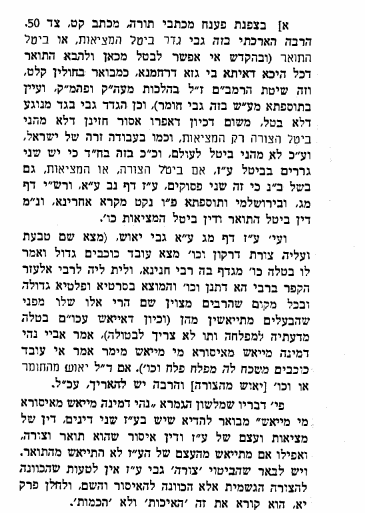 A couple of sites that explain chomer and tzurah are:

Now, we can understand all types of shinu'im very well: The yeiush of the original owner only applies to the chomer of the stolen property. The shinui is necessary to eliminate the original tzurah of the object so that too can now be considered to be under the aegis of the ganav or gazlan.

Posted by Yosef Gavriel Bechhofer at Friday, August 25, 2017 No comments:

Go to the link to see a better, interactive copy. 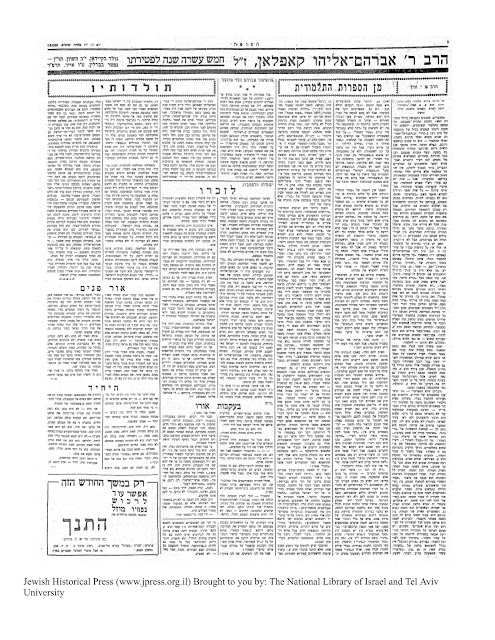 Not convinced? Alternatively, want to really experience 9 Av and understand why Moshiach is not here?

Brooklyn, NY - My Message For Tisha Ba'v: Judge Ruchie Freier: Reflections From The Bench On Judging Our Children

Brooklyn, NY - My Message For Tisha Ba'v: Judge Ruchie Freier: Reflections From The Bench On Judging Our Children

Lt. Judge Carolyn Wade chats with Rachel Freier in Brooklyn, NY on December 22, 2016. Winner of the election for civil court judge in Brooklyn's 5th District, Rachel Freier, who is the first Hasidic woman to hold elective office in the United States, took her oath of office during an induction ceremony in Brooklyn's Borough Hall, administered by her uncle, retired Supreme Court judge David Schmidt (Photo by Andy Katz/Pacific Press)
Brooklyn, NY -  I remember seven years ago when I first met 14 year old Malky Klein a”h.  She was sitting across me in the Seforim Room in my home.  She pensive yet pretty, wearing a long skirt and dressed B’Tznius.  Malky was wearing the uniform of the school that had expelled her because she was hurt and ashamed and did not want anyone to know that she had no school.
Her parents were worried as she was experiencing challenges; no high school wanted to accept her.  Since Malky’s passing, many people are coming forward attacking the “system” and warning us of the dire consequences.  What people don’t know is the missing piece to this story.
During the early years of my community service, I began advocating for kids at risk and formed B’Derech focusing on adolescent Youth at Risk, primarily boys in the Chassidish Community.
My previous articles appeard here on VIN share my early experience.
One night, in late 2010, my aunt, Miriam Schwartz, called me.  “Ruchie, you must help me get my good friend Rifka Klein’s daughter into high school.”  My aunt explained that she knows this girl and her family for years and they were wonderful people. She explained there was a meeting tonight at a certain high school that Mrs. Klein was afraid to attend because if the other mothers see her, they would protest.
After meeting with Malky and her parents, I had several conversations with their Rav, the Krulla Rebbe of Williamsburg.  He was concerned and supportive and offered to assist me in helping the Klein family with whom he was close with.
I pleaded with the principal, a kindhearted and righteous person, who was opening a new high school to accept Malky.  She was reluctant because there was negative information out there.
I advocated and ultimately the principal acquiesced.  But, it was only after she quietly told me that several mothers were calling her exclaiming that if Malky Klein is accepted, they will take their daughters out of the school.
In fact, the principal said that one of the mothers explained that she was related to the Kleins and thus had first hand information of what transpires in their home and strongly urged the Rebbetzin not to accept Malky.  This required my investigation which revealed that no such cousin existed.  This is merely one example of the exaggerated and/or false reports that were made by mothers in the class.
While Malky was truly grateful to be accepted into the school, she longed to be with her friends and dreamed of joining them.    When Malky completed 9th grade, she was still hopeful that if she worked with tutors and tried harder, and got better grades in 10th grade, she would be able to transfer for 11th grade.
Malky personally wrote letters to other school principals and begged to be given the chance, all to no avail.  Alas, despite all her efforts she cried to her parents “What it takes girls in my class seconds to learn, takes me hours. If this is what it means to be a good girl, it’s not for me!” And that was the beginning of the tragic end for Malky.  A sweet girl, who was so misunderstood and hurt, despite the unconditional love of her wonderful parents.
As we reject more children, the death rate goes up.  The Chazon Ish said that a decision to expel a child is Dinei Nefoshos and halachically requires a Bais Din of 23 members.