A new pshat in Yom HaMeyuchas, that just came to me while preparing a Shmuess to say at Darchei Noam (Shapell's) in Yerushalayim today: Shavuos has two elements: Moshe Rabbeinu and Dovid HaMelech - Mattan Torah and Megillas Rus. Netzach and Malchus. The 46th day of the Omer, today, 2 Sivan, is Netzach she'b'Malchus. The day that is meyuchas to both of the unique qualities of Shavuos.

Haven't Checked Out In Detail Yet, But Seems Like a Great Idea 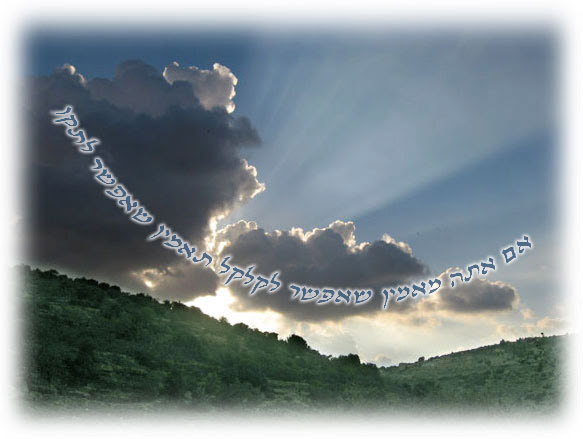 The GuardUrEyes.com web site and forum are a revolution in the Orthodox community today. For the first time ever, a Jew seeking to better himself in the areas that he always felt he can't talk about with anyone else, finally has where to turn! This website puts all the "taboo" subjects on the table, and offers a whole system of help, group support and recovery.Testimonials

Two Free e-Books that will change your life!

Right click on the links below and choose "Save Link/Target As" to download them to your computer. (Print them out to read at your leisure!)

The tools on our network include:

· Hundreds of tips; divided into categories; tips from therapists, tips from other sites and from fellow strugglers.

· An active and thriving forum – a powerful feature of group support

· The "Jewish Healing Group", an anonymous 12-Step group that meets on the phone once a week

· A live hotline, for people to get advice and started on their journey to recovery

· Many stories of recovery, struggles and suffering

· Over 20 filter options, and everything a person could want to know about filters

· Download here a powerful PDF file, translated from a Hebrew book called "The First Day of the Rest of My Life", to help people break free of sexual addictions

· A Rehab Option in Florida

· An inspiring Music Page, to chase away the impurity and inspire thoughts of Teshuvah

· A "Wall of Honor" page, to keep track of your sobriety and get group support 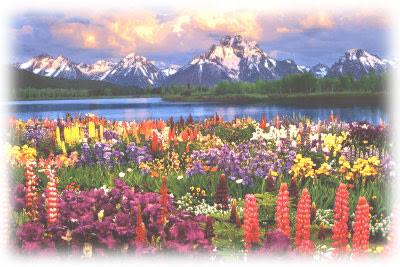 Recovery & Teshuva teach one how to flow with life, not fight against it...

Posted by Yosef Gavriel Bechhofer at Saturday, May 23, 2009 No comments:

משנה ברורה סימן תכח:
מנו ועצרו [ל' השו"ע שם] — פי' במדבר שהוא מנין בני ישראל קודם עצרת.
The Shulchan Aruch (Orach Chaim #428) suggests a mnemonic device that would serve to remind us that on the Shabbos immediately preceding Shavuos we read Parashas Bamidbar. This phenomenon is expressed in the words Minu v’Itzru — i.e., Parashas Bamidbar, which includes the census (Minyan) of the Jewish nation, should precede Atzeres — another name for the yom tov of Shavuos (seeMishnah Berurah, ad loc.).
Let us suggest a different understanding of this mnemonic. Minu (“Count”), is a variation of the verb-shoresh “Manah” ( מנה ). Rabbi Samson Raphael Hirsch zt”l (see Matityahu Clark’sEtymological Dictionary of Biblical Hebrew Based on the Commentaries of Samson Raphael Hirsch) notes that Manah can also be translated as “allocating [or appointing] for a particular purpose.” Similarly, Itzru (“Gather” — i.e., gather to celebrate the holiday), is a variation of the verb-shoresh“Atzar” ( עצר ). Rabbi Hirsch (ibid.) notes that Atzar also has an alternative meaning: “restraining [or] inhibiting.”
These alternative meanings allude to the basic trait that is essential in order to pursue the Torah’s depth and breadth — viz., Kedushah.
One of the most brilliant essays in Jewish thought written in this century is the Introduction to Rabbi Shimon Shkop zt"l's Sha'arei Yosher. Reb Shimon discusses Kedushah, and how to achieve it.
Reb Shimon has difficulty with Rashi and the Ramban's interpretations of the mitzvah of "Kedoshim Teeheyu" - to be holy. Rashi at the beginning of Parashas Kedoshim says that this mitzvah consists of refraining from licentious relationships. The Ramban there defines the mitzvah as a commandment not to be a base person, a Naval BeReshus HaTorah. He explains that although the Torah theoretically allows an individual to marry many wives, consume much meat, and imbibe large amounts of wine, this mitzvah requires a person to desist from such dissolute behavior.
The difficulty with these interpretations stems from the Medrash (Para. 24) which focusses on the next phrase in the verse: "Ki Kadosh Ani Hashem Elokeichem" - because I, G-d your L-rd, am holy. TheMedrash explains that this phrase teaches us not to think that our Kedushah can ever be equivalent with that of Hashem. Obviously the Medrash intends to negate the logical premise that the Kedushah ofKedoshim Teeheyu lends one similarity to Hashem. How might Rashi and the Ramban's interpretations lead to such a mistake? Hashem's Kedushah clearly does not consist of refraining from licentious relationships or avoiding base behavior. Only human beings measure Kedushah in such terms. If these were the definitions of Kedoshim Teeheyu, there would be no continuum from our Kedushah to Hashem's Kedushah, and no way that one could reach such an erroneous conclusion.
Kedushah must therefore mean something else. The verb-shoresh “Kadesh” ( קדש ) means to designate. Thus, it is a synonym to Manah —“allocating [or appointing] for a particular purpose.” Something Kadosh is allocated for sacred purposes.
When Hashem created the world, He designated and devoted Himself to one purpose. That is HisKedushah. If we are to be Kedoshim, we must emulate Hashem's Kedushah, and designate and devote ourselves to that same purpose.
Hashem created everything to fulfill His desire to benefit his creatures. Hashem's will is that we follow in His path, as it is written: "Vehalachta bidirachav." Each of us, His select creations, should therefore constantly strive to devote all our physical and spiritual strengths to the greater good of society. Reb Shimon opines that this is the definition of the mitzvah of Kedoshim Teeheyu, and that it is the entire foundation and purpose of our lives — i.e., that we constantly direct all our toil and effort toward the benefit of the Klal. We should not utilize any deed, movement, pleasure or enjoyment for any purpose that does not ultimately benefit another. We then resemble Hekdesh, something uniquely designated for some lofty purpose.
When a person's pathways lead in the direction of constant efforts to devote his life to the good of our people, then all that he does, even for his own physical and mental health, falls under the heading ofKedushah. One's personal health one also benefits society, for that which benefits him then benefits those to whom he devotes himself as well. Excessive pleasures that are not required for one's physical or spiritual well being, are contrary to Kedushah. They only benefit that individual, not others, and even that person only enjoys those excesses in a fleeting, temporal manner. In this sense, Kedushah is a synonym to Atzar — “restraining [or] inhibiting” excesses that do not enhance one’s Avodas Hashem.
The stature of an individual in wisdom, wealth or any other resource, makes absolutely no difference. Even in a large machine, every small bolt is crucial to its proper functioning, and therefore very significant. Each and every one of us can pursue Kedushah by devoting our own unique potential and strengths to the purpose of Klal Yisroel.
On the other hand, a person endowed with a special gift must especially view himself as Hekdesh's Treasurer, entrusted with the task of sharing and distributing that spiritual or physical wealth for the benefit of the Klal.
Thus, through Minu v’Itzru we fulfill the ultimate destiny that is the purpose of Mattan Torah: ואתם תהיו לי ממלכת כהנים וגוי קדוש .
(P.S. מנו can also be very nicely interpreted as "Make yourselves מים נוקבין.")
Posted by Yosef Gavriel Bechhofer at Tuesday, May 19, 2009 No comments: