Where I daven - and it is in a minyan with talmidei chachomim and learned ba'alei battim - just about no one recognized today's Haftarah.

From the Hebrew Wikipedia:

I am a bit skeptical about it even being 25% of the time. I think we would then have some recollection of it. Especially considering what  a Haftarah it is!


Then going back (in itself a rarity, and which in many kehillos is specifically avoided - viz., the Haftarah for Shabbos Shuvah) to Perek 33:


A stirring Haftarah on Hashem's concern with a just society!

But how do we reconcile the words of the Navi with the Chazal that the first Beis HaMikdash was destroyed on account of the "Big Three?"

I gave the drashah today, and tried to give an answer. But the question was better than the answer. The answer was based on the deliberate addition of those two pesukim at the end, in conjunction with the Gemara in Nedarim that the Beis HaMikdash was destroyed because they learned Torah, but without Birchas HaTorah. To this I added the "machlokes" between the Chazon Ish and the Novarockers on Negi'os; the Tiferes Yisroel on the "malach" Hashem sends with us into Eretz Yisroel; the agrarian quality of the ideal life in EY; the Arvei Nachal in Parashas Yisro on mitzvos that arew "min ha'bo b'yado", the notion of Emunas zeh Seder Zera'im; Dr. Nathan Birnbaum's HaOlim manifesto encouraging a return to an agrarian society, and RAEK's advocacy of the opening of Battei Mussar throughout large cities. But the question was still better than the answer.
Posted by Yosef Gavriel Bechhofer at Sunday, January 26, 2014 2 comments:

Emes Ve-Emunah: Stuck in the Middle

I commented on the blog post below, which appeared over at Reb Harry's:

Well, I don't know where Michael is a student today, but I teach 11th grade in MTA and would be thrilled beyond measure to have such a talmid in my shiur!


Emes Ve-Emunah: Stuck in the Middle

We are basically "empty-nesters" as of this year, so would love to do more SIR programs, etc. Please consider scheduling a program, and/or pass this along to the "powers that be" in your shul or other organization. Thanks!


We are organizing our schedule for this Spring.

We both have a large and varied repertoire of topics and programs.

We can also custom design programs.

We are available both individually and jointly.

Baruch Hashem, have been very well received in many venues, including
shuls, communal organizations, educational institutions, as well as hotel scholar-in-residence events and programs.

Thank you very much, 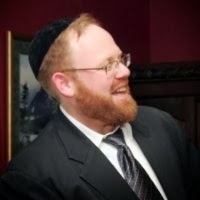 Rabbi Yosef Gavriel Bechhofer is a Rebbe and Maggid Shiur at the Mesivta of Yeshivas Rabbeinu Yitzchok Elchonon (aka MTA) in New York and an adjunct professor at Excelsior College. Rabbi Bechhofer has served for many years as a Rav, Rebbe and Rosh Kollel in the Chicago and New York areas.

Rabbi Bechhofer is one of the few individuals to have served as Maggid Shiur for both Daf Yomi Bavli and Daf Yomi Yerushalmi. He is a senior lecturer for the Aishdas Society, an association devoted to more profound understanding and experience of all aspects of Talmud Torah and Avodas Hashem. He has served as a guest Maggid Shiur, scholar in residence, and lecturer in numerous venues, including Alberta, California, Georgia, Illinois, Indiana, Michigan, Minnesota, Missouri, Montana, Ohio, Ontario, New Jersey, New York, Pennsylvania, Tennessee, Washington, Wisconsin, Israel and England. He is a prolific author. He has published many essays in major Orthodox Jewish periodicals. His published seforim are: The Contemporary Eruv: Eruvin in Modern Metropolitan Areas, Bigdei Shesh on Bava Basra, and Bigdei Shesh on Sefer Shoftim. Well over one thousand audio recordings of his lectures and shiurim (including the entire Yerushalmi) are available on tape and online. Some of his shiurim are available as online videos. Links are at:

Posted by Yosef Gavriel Bechhofer at Friday, January 17, 2014 No comments: