Lishma and Shelo Lishma in The New York Times

Courtesy of a correspondent, lishma vs. shelo lishma, surprising (but only if you don't know Chazal!) findings!
http://www.nytimes.com/2014/07/06/opinion/sunday/the-secret-of-effective-motivation.html?emc=eta1&_r=0
SundayReview
The Secret of Effective Motivation

THERE are two kinds of motive for engaging in any activity: internal and instrumental. If a scientist conducts research because she wants to discover important facts about the world, that’s an internal motive, since discovering facts is inherently related to the activity of research. If she conducts research because she wants to achieve scholarly renown, that’s an instrumental motive, since the relation between fame and research is not so inherent. Often, people have both internal and instrumental motives for doing what they do.

What mix of motives — internal or instrumental or both — is most conducive to success? You might suppose that a scientist motivated by a desire to discover facts and by a desire to achieve renown will do better work than a scientist motivated by just one of those desires. Surely two motives are better than one. But as we and our colleagues argue in a paper newly published in the Proceedings of the National Academy of Sciences, instrumental motives are not always an asset and can actually be counterproductive to success.

We analyzed data drawn from 11,320 cadets in nine entering classes at the United States Military Academy at West Point, all of whom rated how much each of a set of motives influenced their decision to attend the academy. The motives included things like a desire to get a good job later in life (an instrumental motive) and a desire to be trained as a leader in the United States Army (an internal motive).

How did the cadets fare, years later? And how did their progress relate to their original motives for attending West Point?

We found, unsurprisingly, that the stronger their internal reasons were to attend West Point, the more likely cadets were to graduate and become commissioned officers. Also unsurprisingly, cadets with internal motives did better in the military (as evidenced by early promotion recommendations) than did those without internal motives and were also more likely to stay in the military after their five years of mandatory service — unless (and this is the surprising part) they also had strong instrumental motives.

Our study suggests that efforts should be made to structure activities so that instrumental consequences do not become motives. Helping people focus on the meaning and impact of their work, rather than on, say, the financial returns it will bring, may be the best way to improve not only the quality of their work but also — counterintuitive though it may seem — their financial success.

There is a temptation among educators and instructors to use whatever motivational tools are available to recruit participants or improve performance. If the desire for military excellence and service to country fails to attract all the recruits that the Army needs, then perhaps appeals to “money for college,” “career training” or “seeing the world” will do the job. While this strategy may lure more recruits, it may also yield worse soldiers. Similarly, for students uninterested in learning, financial incentives for good attendance or pizza parties for high performance may prompt them to participate, but it may result in less well-educated students.

The same goes for motivating teachers themselves. We wring our hands when they “teach to the test” because we fear that it detracts from actual educating. It is possible that teachers do this because of an overreliance on accountability that transforms the instrumental consequences of good teaching (things like salary bonuses) into instrumental motives. Accountability is important, but structured crudely, it can create the very behavior (such as poor teaching) that it is designed to prevent.

Rendering an activity more attractive by emphasizing both internal and instrumental motives to engage in it is completely understandable, but it may have the unintended effect of weakening the internal motives so essential to success.

Amy Wrzesniewski is an associate professor of organizational behavior at the Yale School of Management. Barry Schwartz is a professor of psychology at Swarthmore College.
Posted by Yosef Gavriel Bechhofer at Monday, July 14, 2014 2 comments:

Yerushalmi Megillah 6b-7: Video and Audio

I was unable to give the shiur the past two Sundays, but IY"H will resume again this Sunday at 9:30 pm EDT. 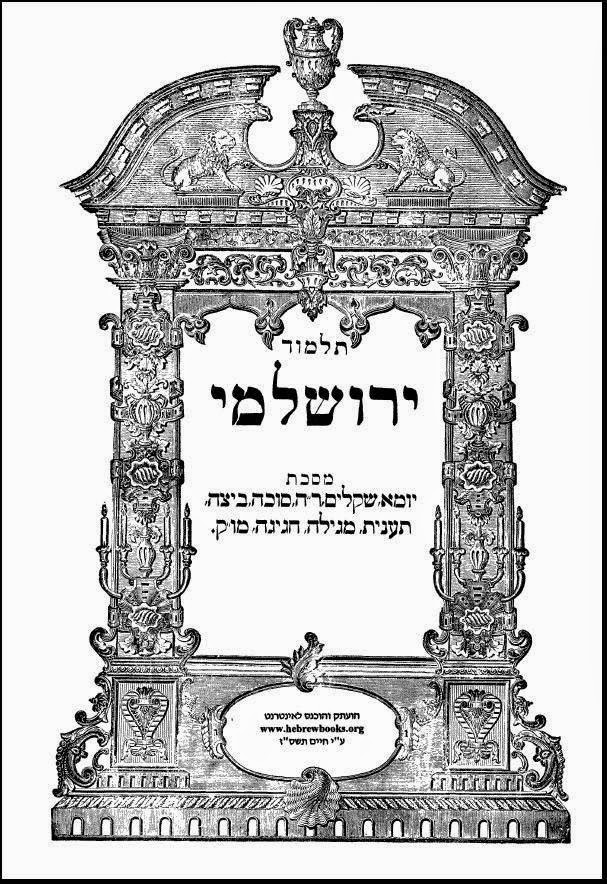 The shiur on Megillah 6b-7

(The shiurim that were supposed to

due to scheduling conflicts.)

A weekly interactive shiur via Google Hangouts  and youtube.com

Invitations to the Hangout will go out

shortly before the shiur by prior request and via Google+.

Watch the live Simulcast at youtube.com/mtajt

The text is available at:

Posted by Yosef Gavriel Bechhofer at Thursday, July 10, 2014 No comments:

On a lighter note: Bilam at Walmart

Courtesy of a correspondent: 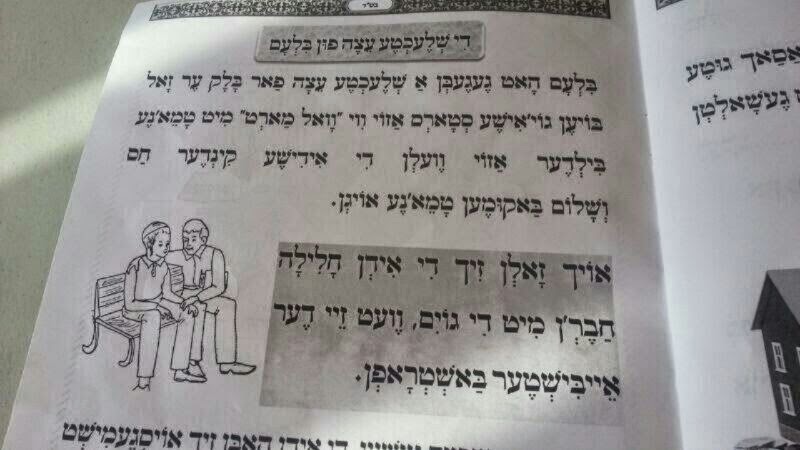 Bilam gave a wicked suggestion to Balak, that he should build goyishe stores such as Walmart with tamei pictures, so that Jewish children should come, chas v'sholom, to have tamei eyes.

And also when the Jews, chalilah, befriend the goyim, Hashem will punish them.
Posted by Yosef Gavriel Bechhofer at Monday, July 07, 2014 2 comments: