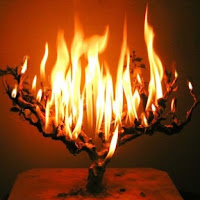 A podcast about the Newest Conspiracy Theory:

The UN and WHO out to destroy Orthodox Judaism! 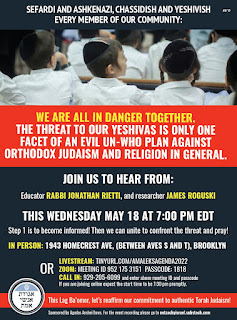 The grave dangers posed by the UN and WHO - spiritually and physically - call for beseeching Hashem to save us.

Rabbi Rietti explained in detail what we are truly up against in the battle for pure Torah education - or ANY decent, moral schooling - in NY. And it isn’t just NY or even just the US. The “core curriculum”, involving “education” for even little children in unspeakable things, is being implemented in approximately 193 countries worldwide, simultaneously, because this is coming from the UN.

The goals we see being implemented now were set forth in the 1940’s by Alice Bailey and are foundational to the UN. They aim to destroy the traditional family and rip people away from Hashem, chas veshalom.

Rabbi Rietti urged us not to despair, but to use our power of prayer to beseech G-d for help. He said that this is being orchestrated by Hashem so that we can choose to stand on His side.

Mr. James Roguski spoke very powerfully and movingly about the impending attempted WHO global power grab. (Connection - the WHO is a part of the UN.) He gave actions to do (in addition to recommending prayer) to try to avoid our leadership ceding US sovereignty to the WHO.

Please watch the event here, and share with others. Passcode: amyisraelchai18!
https://us02web.zoom.us/rec/share/625SGbf6X-0P032VyMz3gRsj-yXRF52IDbrZ_UeIA0NSXd4S8m4poBdodrOZKiai.ppWPfpbn8aUYTpXN

When a link to this recording becomes available on a bitchute or rumble channel - not requiring a passcode- Be’ezras Hashem I’ll post an update to this substack.

May Hashem send a complete salvation with the coming of Mashiach speedily in our days.

More on this conspiracy theory being promulgated by Boruch Weiss of   "Agudas Anshei Emes" can be found at:

Posted by Yosef Gavriel Bechhofer at Sunday, May 22, 2022